CARC supports a number of different storage devices for users to read, write and store their data and results on.  The different devices vary in size, I/O speed, distance to the reading/writing process using them, and on whether they have quotas to limit their use and whether they are backed up or not. Certain storage devices, like the home directories and machine-scratch’s, are additionally shared resources, and serve multiple users simultaneously. This means that problems caused by poorly chosen storage locations could potentially interrupt the work of other users as well as your own. Don’t hesitate to open a help ticket if you have any questions about, for example, where to store a large dataset, how to read it quickly, or how to write a PBS script that first moves data onto the compute node in order to take advantage of the fast I/O, or any other issue related to storage at CARC.

Specifically, the four different types of storage are: 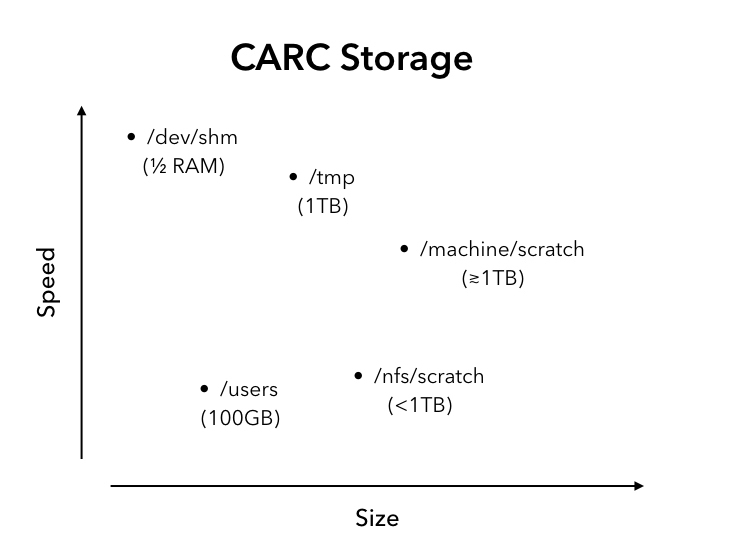 Figure 1. The various storage locations plotted by their relative size and I/O speed.

In order to determine which to use, it may be helpful to consider which of the following broad categories your data falls into:

We recommend that the first type of data be stored in your home directory, which is available from everywhere inside the CARC network, and is backed up each week. The second kind of data is best produced/stored on the machine-scratch drives, or in cases of very high I/O, can be moved to the compute node and onto either the hard drive, (assuming the machine in use has an internal hard drive) or onto shared memory, (assuming it is very small). An obvious benifit to using these devices that are very close to the CPU and are typically only used by a single user at a time, is the high read and write speed availible. The cost of this speed is the fact that the data must be first moved to the compute node if to be read in by the calculation, and then anything that is inteded to be saved moved back off the compute node before the end of walltime or before the job ends and the compute node is returned to the general resource pool.

An example PBS script that will first copy an input file to the compute node, and then copy all results of the calculation back into the directory where it was first taken is below: