According to the Centers for Disease Control and Prevention, 37,968 people in the US were diagnosed with HIV, the virus that causes AIDS, during 2018. In this same year, at least 15,820 HIV-positive Americans died. Modern medicine has made impressive strides in the treatment of this virus, but there is still considerable work to be done.

UNM’s Gold Lab, headed by Assistant Professor Brian Gold, is using computational modeling to learn about HIV. Gold hopes that a better understanding of the chemical processes that allow the virus to flourish will enable him and his lab to design improved treatments. 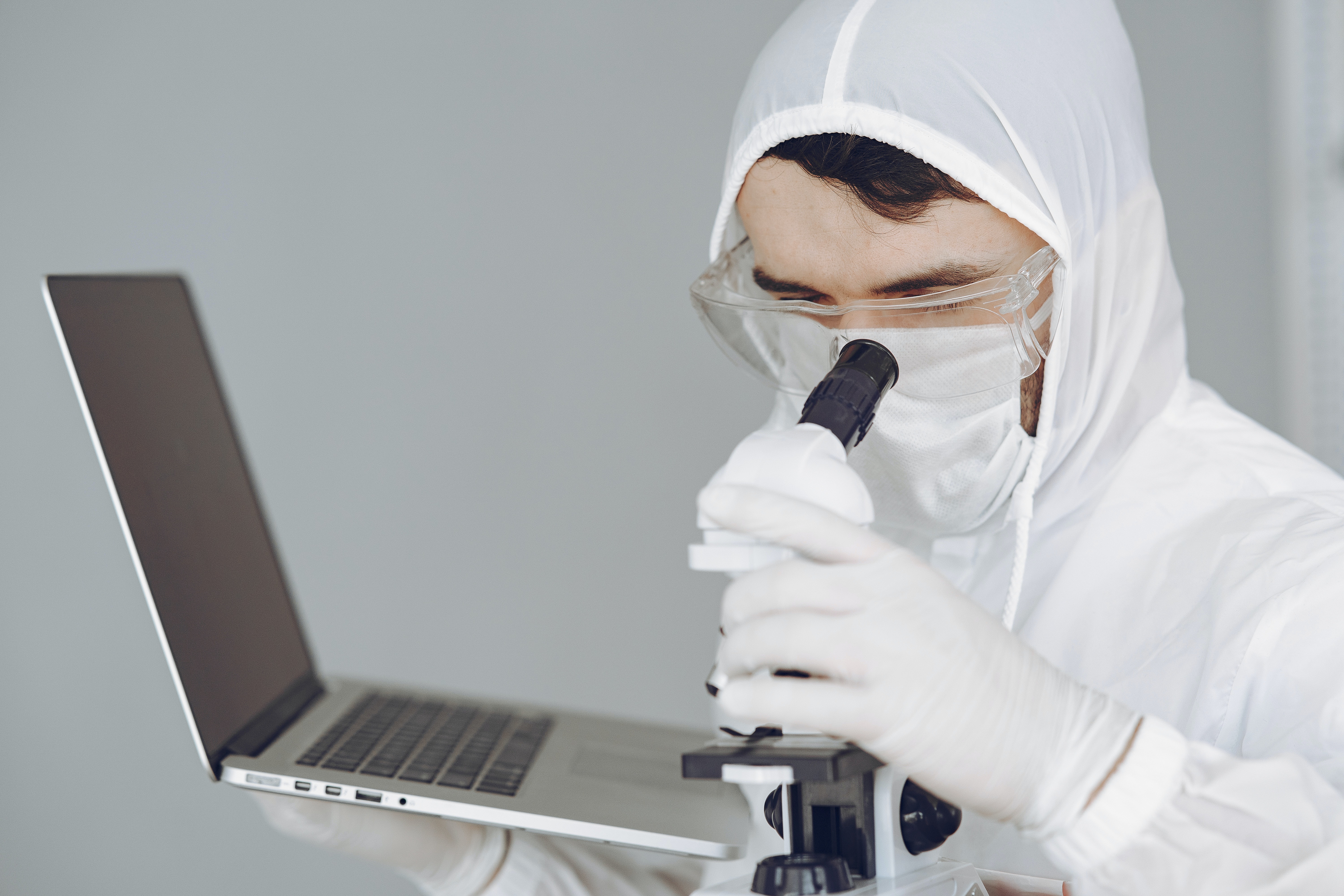 Specifically, the Gold Lab is looking into the mechanisms of aspartic protease—a type of enzyme that breaks down proteins and peptides. The HIV virus cannot survive and reproduce without the work of its specific aspartic protease, so stopping the action of this enzyme can keep the virus from proliferating. “At the heart of antiretroviral therapy,” Gold explains, “stopping the action of HIV protease has essentially turned HIV/AIDS from a death sentence into a chronic disease.”

HIV drugs targeting the actions of HIV protease are currently in use, but their success is often undercut by drug resistance and side effects. “There are other antiretroviral therapeutics that exist but, of those targeting the protease, every single one has succumbed to drug resistance at some point,” Gold says.

There are lessons to be learned from early development of HIV drugs. Gold reports, “There is a class of drugs that was developed in the late 90s [and] early 2000s that underwent clinical trials after showing great preliminary data in vitro... and they didn’t make it into the clinic because of side effects.” The approach used by the Gold Lab, he believes, may be used to develop a drug that combines multiple approaches for a decreased risk of severe side effects or drug resistance.

The Gold Lab is studying these chemical processes using the computational resources at the Center for Advanced Research Computing. The research involves using quantum mechanical methods to simulate reactions involving aspartic protease. Gold reports, “We’re trying to really understand from a fundamental chemical perspective, at an [atomic] level, what’s going on with... this class of enzymes.”

Gold also notes that studying this enzyme could improve treatment of a wide variety of other diseases that involve aspartic protease including hypertension and Alzheimer’s disease. He explains, “There are so many enzymes in this class that are important in a number of different diseases and disorders. With the amount of targeting that’s been going on in terms of drug development, it’s surprising there’s such a large disconnect between their importance and a fundamental understanding of their mechanism.”