This fall, the University of New Mexico Center for Advanced Research Computing is pleased to welcome Vanessa Surjadidjaja and Aurora Kraus onto its staff. The two graduate students, both studying computational biology at UNM, have been hired to help interface with CARC users in biology fields. 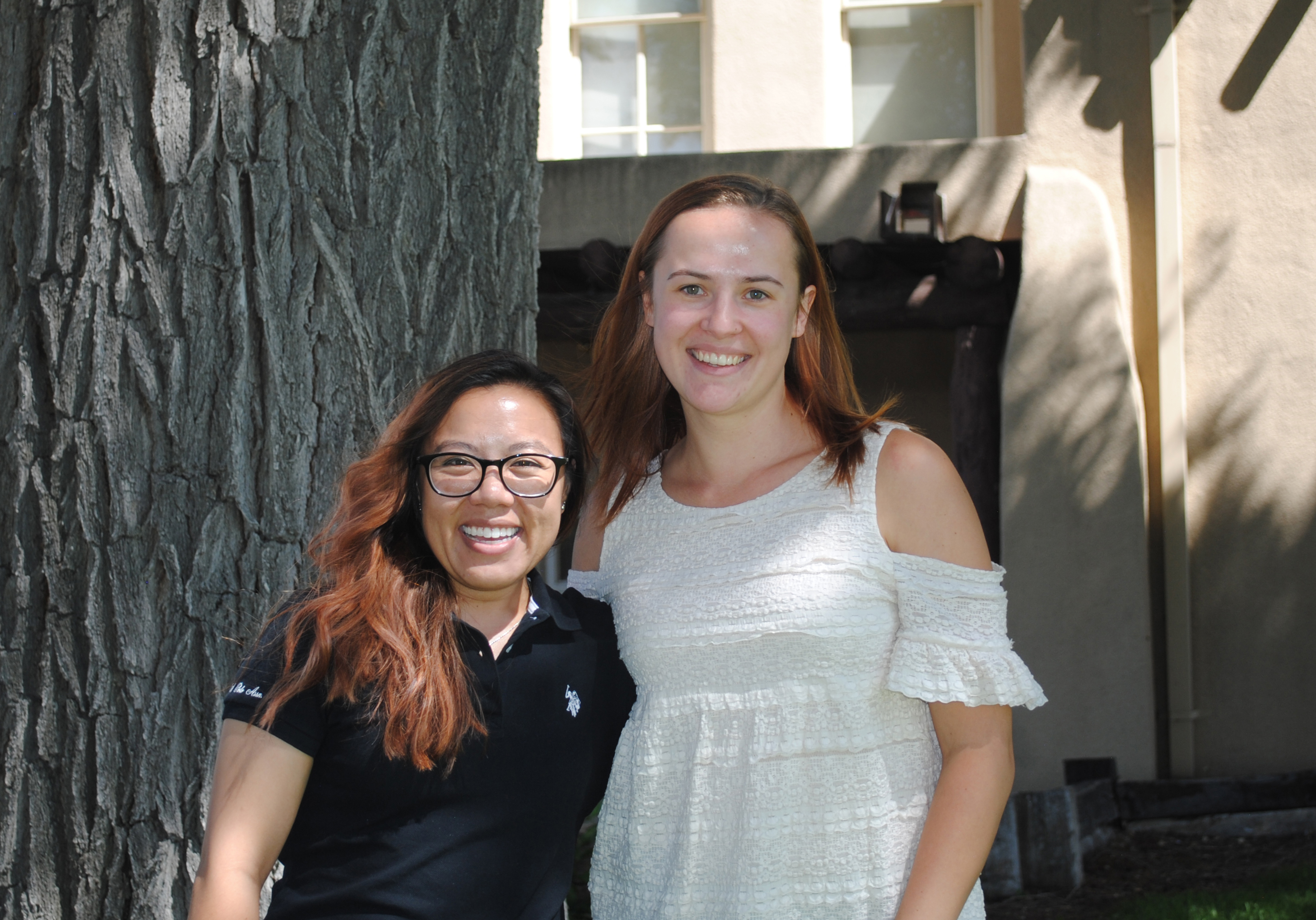 Surjadidjaja’s varied background makes her well-suited for the interdisciplinary work she’ll be performing at CARC. Surjadidjaja began school at UNM after graduating from Rio Rancho High School. She went on to accrue a number of degrees: bachelor’s degrees in English and biology as well as a master’s degree in English. Her prior biology research experience includes work at the Moses Biological Computation Laboratory.

It was during her time at the Moses Biological Computation Laboratory that Surjadidjaja developed a specific interest in T-cells, a type of immune cell that helps our bodies defend against disease. Her recent studies have focused on these defensive cells, using advanced computing to simulate the way they move when confronted by influenza infection. Soon, Surjadidjaja hopes to simulate T-cell movement in response to other diseases like cancer and HIV.

Of her interest in computational biology simulations, Surjadidjaja says “I wanted to make something that would help the biomedical researchers and doctors understand what’s going on.” By using computer simulations to conduct preliminary research, scientists like Surjadidjaja avoid much of the cost, manpower, and risk of conducting tangible experiments. Computer simulations are often used as a preliminary step towards laboratory experimentation; the information gained during can lessen the chances of performing an unnecessary or risky real-world experiment.

Kraus grew up in the Seattle area and completed her bachelor’s degree in biology at Gonzaga University in Spokane, Washington. Throughout her undergraduate years, Kraus participated in two biology internships. During an internship sponsored by the Howard Hughes Medical Institute, she studied evolutionary genetics by working with Rhinoceros Beetles. After that, Kraus interned with St. Jude to study ear hairs; this research was aimed at helping children who lose their hearing due to the effects of chemotherapy.

Continuing her education in biology, Kraus has focused much of her graduate work on immunology. Currently, she is conducting experiments on human immune responses to neuroinvasive viruses – essentially looking at how our noses protect our brains from viral attacks.

Kraus’s enthusiasm for computational biology will undoubtedly be an asset to the CARC team. “I have a deep passion and curiosity for the basic sciences,” Kraus says, “I love waking up and designing a new experiment.” She believes that being able to understand both biology and advanced computing techniques is extremely valuable in today’s research climate. After finishing her Ph.D., Kraus hopes to one day lead research projects by becoming a investigator.

Surjadidjaja and Kraus will be supervised by Research Assistant Professor Matthew Fricke who said he “is excited to have two experts in computational biology join our team. They will not only develop skills in computing that will enhance their research, but they will share those skills with students and faculty in their home departments.”