Though science has advanced considerably since the days of Charles Darwin, the evolutionary history of life on Earth is still largely a mystery – one being solved incrementally by the dedicated biologists who pore over fossils and genetic data to better understand the origins of species. One of these biologists is Jenna McCullough, a Ph.D. student at the University of New Mexico whose master’s thesis used Center for Advanced Research Computing resources to examine the evolutionary history of birds.

The order Coraciiformes is a large group of bird species including motmots, todies, bee-eaters, ground rollers, and kingfishers. These birds have a pantropical distribution, inhabiting tropical regions across the globe. For many years, a coherent explanation of pantropical radiation has eluded evolutionary scientists. How could a species, or group of closely related species, become so widely spread throughout far-away tropical areas?

A number of theories explaining pantropical radiation have been proposed over the years. The prevailing theory of the late 1900s would suggest that Coraciiform birds first emerged on the ancient supercontinent of Pangea millions of years ago. According to this model, different lineages of Coraciiformes evolved after being geographically separated from each other as Pangea was slowly pulled apart into distinct continents and islands. 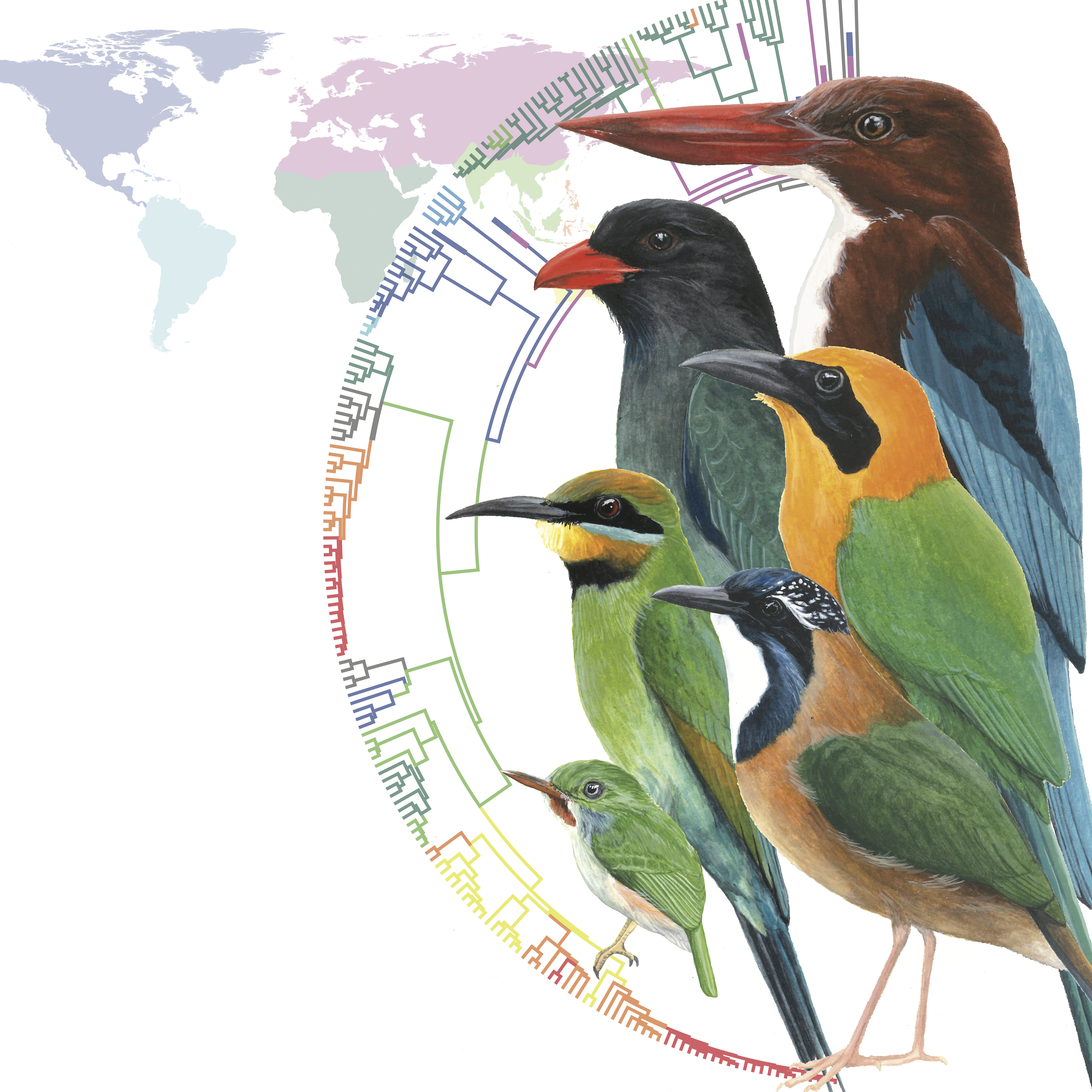 More recently, however, this model has been replaced by a new theory. McCullough’s work confirms that Coraciiformes first arose in Laurasia and radiated to far-reaching tropical areas as a result of the Earth’s changing climate patterns over time.

Throughout its unimaginably long history, our planet has gone through long, pronounced phases of climate variation. About fifty million years ago, North America, Europe, and Northern Asia were warm tropical habitats in which Coraciiform birds could thrive. When the Earth’s climate later cooled, however, these birds were restricted to regions closer to the equator. Since this habitat restriction, Coraciiformes have continued to evolve and speciate. This phenomenon, McCullough says, explains the modern distribution of Coraciiform birds.

To support this theory, McCullough and her colleagues needed to fully understand the evolutionary history of Coraciiformes. Using CARC systems, they analyzed a torrent of genetic sequencing data and successfully assembled the first complete species tree of the Coraciiform order.

To complete her project, McCullough needed to use a method called Ultraconserved Elements (UCE), which is a reduced representation genomic method that efficiently records the DNA sequences of samples. This procedure, while necessary, can be quite costly. To help support her research, McCullough took advantage of a website called Experiment. Experiment is a crowd-funding site, like GoFundMe, made specifically for research scientists. McCullough’s page helped her raise $1,529, providing her with more than enough money to complete her project. McCullough’s project also received support from the University of New Mexico and the Wilson Ornithological Society.

McCullough hopes to continue studying the Coraciiform order while working towards her Ph.D. Specifically, she would like to conduct more focused research on oceanic kingfishers, a group of birds that have rapidly adapted to islands of the South Pacific Ocean. While there is still much work left to be done, McCullough has helped humanity get a little closer to a complete understanding of our Earth’s biological history and will undoubtedly continue to work towards that goal.