Neuroscience researchers use CARC to store large stash of data 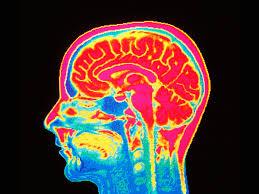 The mission of the University of New Mexico Psychology Clinical Neuroscience Center (PCNC) and Department of Psychology is the development of new knowledge of brain behavior, normal and abnormal. In pursuit of that mission, the two groups have dozens of researchers conducting a huge range of projects with support from National Science Foundation, National Institutes of Health, Department of Defense, Department of Energy, National Intelligence, and a variety of other governmental and non-governmental sources.

Researchers studying the brain use electroencephalograms, which detect electrical activity in the brain, and various other methods such as scans and genetic data to identify biomarkers of healthy and diseased brain function. The PCNC uses a system at the UNM Center for Advanced Research Computing, as well as another one on-site, to store data created by those researchers.

PCNC director Vince Clark, professor of psychology and neuroscience, was instrumental in introducing PCNC and the psychology department to CARC resources to help researchers, according to CARC network and storage specialist Hussein Al-Azzawi. Al-Azzawi manages both systems.

Clark invested in the initial purchase of the UNM Research Consortium at CARC and had it connected to the server at PCNC, which Al-Azzawi built. Then Clark partnered with CARC to buy a 100TB research storage system, with all managed by Al-Azzawi.

“The PCNC facilitates a variety of scientific projects that have advanced our understanding in a wide range of areas,” Clark said. “That includes executive attention, which is how the brain blocks distractions and stays focused, as well as the developmental disorders you often hear of, such as autism, ADHD, OCD, and fetal alcohol spectrum disorder. Also, clinical disorders in adults like addiction, psychotic disorders such as schizophrenia, and treatments for cognitive decline due to aging, Alzheimer’s, and schizophrenia. Without CARC it would be difficult to store and access all this research data.”

“We are dedicated to providing the UNM research community with the highest quality EEG and brain stimulation resources. Our staff offer a full range of support for research applications and are working hard to ensure that the community has ready access to cutting edge technologies for brain research. CARC helps us provide that important level of service,” Clark added.

Clark’s research areas are brain correlates of mental disorders such as drug and alcohol dependence and schizophrenia, and use of transcranial direct current stimulation (tDCS) to improve cognition and learning in healthy people, and to treat symptoms of brain and mental illness. Projects currently underway in the PCNC include the use of brain stimulation to enhance decision making, learning and memory, and tasks like spelling and object detection in healthy subjects, and improving cognition in young adults with fetal alcohol spectrum disorder and schizophrenia.

For a TED Talk by Clark about his research on tDCS and thoughts on technology and medicine, see this YouTube video.