Eric Lindsey, Assistant Professor of Earth & Planetary Sciences at the University of New Mexico (UNM), has concerns about the sustainability of aquifers around the world. Aquifers, nature’s underground water storage spaces, are vital to human life on this planet. Throughout the world, aquifers are crucial sources of drinking water and irrigation water for crops. Unfortunately, many aquifers are in trouble due to over removal of their water. Over removal of water, also called over-extraction, can result in severe consequences such as the loss of available drinking and irrigation water. Over-extraction can also lead to extreme consequences in coastal areas when the soil of the aquifer compacts to the degree that the ground surface sinks below sea level. This can be seen in places such as Jakarta, Indonesia, where some neighborhoods are now several feet below sea level, leading to floods at high tide. 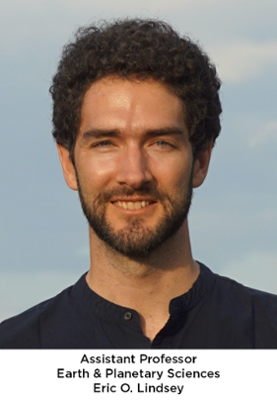 Aquifers fill with groundwater when rain or snow falls in large enough quantities to seep through the soil and collect in tiny, empty spaces beneath the ground’s surface. When too much water is removed from the aquifer, the porous soil dries up and starts to compact. This phenomenon, known as “land subsidence”, causes a drop in the elevation of the ground’s surface. Eventually, the soil can compact to the point of no return. This point of no return, called “permanent land subsidence”, has severe repercussions. Once permanent land subsidence occurs the aquifer’s water storage capacity is diminished forever.

Among other research interests, Lindsey specializes in monitoring rates of land subsidence. He recently joined the faculty at UNM after spending several years in Southeast Asia studying the movement of the Earth’s surface to monitor subsurface hazards that can lead to disasters such as the flooding in Jakarta. To further his studies on land subsidence, Lindsey is teaming up with UNM’s Center for Advanced Research Computing (CARC) to host and process data that will help researchers determine the actual condition of aquifers around the world with a focus on the state of New Mexico.

To acquire accurate land subsidence measurements, Lindsey compiles data collected by the Sentinel-1 satellites operated by the European Space Agency (ESA). Since the launch of the first Sentinel-1 satellite in 2014, they have been orbiting Earth using radar to measure subtle changes in the altitude of the surface using a technique known as Interferometric Synthetic Aperture Radar, or InSAR. Each Sentinel-1 satellite takes 90 minutes to complete one orbit. However, due to the Earth’s rotation, it can take up to 12 days for a satellite to pass over the same location twice. This results in twice-monthly observations of the Earth’s surface for every point on the planet. The ESA collects, stores, and allows free global access to the raw data that is transmitted back to Earth. 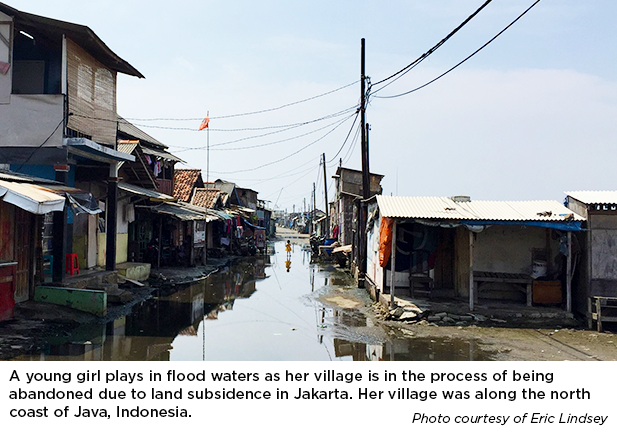 To create his land subsidence maps, Lindsey first compiles all the satellite images collected over an area. This means he routinely downloads more than a hundred high-resolution images covering approximately 24,000 square miles each. Each image is around five gigabytes in size which when fully processed in datasets can become tens of terabytes of data. This enormous amount of data can be problematic and requires massive storage capacities. To solve these storage problems, Lindsey was recently awarded a National Science Foundation (NSF) grant to establish new data storage nodes at CARC. This increased storage capacity combined with CARC’s high-speed parallel computing abilities will enable him to process the hundreds of terabytes of data needed to create a current land subsidence map for the entire state of New Mexico. And Lindsey does not want to stop there. Future goals include mapping not just the current land subsidence in New Mexico but also creating maps going back over time to the beginning of the first available InSAR data in 1992. With enough time and resources, he hopes to eventually create land subsidence maps for the entire Western United States.

Processing these massive amounts of data is complicated. Lindsey is currently working on developing methods to process the data efficiently. To create his maps all the downloaded satellite images must be overlapped and carefully lined up with each other. This process requires aligning the images based on satellite geometry and orbit location, as well as the removal of adverse atmospheric effects, which can distort the images. Once this process is complete, Lindsey creates pairs of aligned images and calculates the measurements for any changes in the altitude at the designated location during a specific period of time. These measurements are very precise and can detect changes of a few centimeters for a single compiled image. If averaged together over time, they can be accurate to the level of millimeters per year.

After creating the maps, the next step is to compare these measurements to well water measurements from the United States Geological Survey (USGS) to infer the properties of the aquifer. In a sustainably managed aquifer, the aquifer must be allowed a recovery period to ensure the soil remains “elastic”. This means that after drawing down the water during the growing season, the aquifer must be allowed a rest period to fill with water once again. This results in what Lindsey terms “a subtle pattern of seasonal subsidence and uplift” and it is indicative of sustainable aquifer cycling. Unfortunately, what Lindsey and others most often observe is the ground losing its elasticity and continuing to subside over the long term. This is concerning for the health of our planet’s aquifers.

Lindsey’s precise measurements coupled with the USGS data will allow him to map areas that are damaging their aquifers due to the over-pumping of groundwater. Currently, Albuquerque’s aquifers have been stable or recovering since the city reduced its use of groundwater in 2008, though this recovery is again in jeopardy due to drought. However, preliminary data from InSAR observations of towns surrounding Albuquerque are showing signs of ongoing land subsidence. Lindsey is hoping to use his data to inform and educate before too much damage occurs and more aquifers have permanent land subsidence.

Land subsidence is not Lindsey’s only focus at UNM. He is applying the same processes and data types to study ground motion caused by earthquakes, volcanoes, and tectonic plate motions. Lindsey and his collaborators at UNM, Lindsay Worthington, Brandon Schmandt, and Mousumi Roy, are planning to lead a workshop this summer to introduce undergraduate participants to high-speed computing and topics in geophysical research such as land subsidence monitoring and subsurface imaging with seismic data. They hope participants will learn about high-performance computing, geophysical data analysis, and programming in a fun, inclusive, collaborative environment. For more information visit the workshop’s website: ESCAPE: Earth Sciences Computing & Programming Experience.

To learn more about Lindsey and his projects, please visit his faculty profile and his personal profile. Lindsey also has code available on Github.