of New Mexico Professor Terry Loring has added to his remarkable list of contributions to the field of mathematical physics with his newest paper, A Guide to the Bott Index and Localizer Index. Using the Wheeler system at the UNM Center for Advanced Research Computing, Loring has fine-tuned a mathematical tool he calls the “Localizer Index,” a faster alternative to the widely used Bott Index. This innovation may be used to usher in exciting new possibilities for mathematicians and physicists, including the further development of quantum computers.

After receiving his bachelor’s degree in mathematics from Wesleyan University in 1981, Loring earned a Ph.D. in mathematics from the University of California Berkley in 1986 and participated in several prestigious fellowships. In 1990 he joined the University of New Mexico’s Department of Mathematics and Statistics where he has been conducting groundbreaking research and inspiring young mathematicians ever since. Although his background is in pure math, much of Loring’s work has been focused on solving problems faced by physicists. 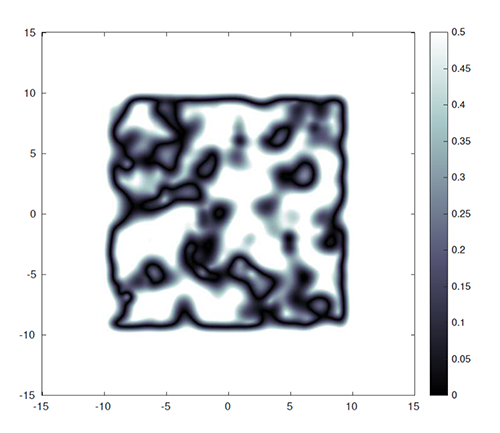 In the late 2000s, Loring worked with acclaimed physicist Matthew Hastings to create the Bott Index, a mathematical procedure aimed at identifying hybrid conductor-insulators – a type of material that could be used to create more efficient electronic connections. The Bott index is now commonly used by mathematicians and physicists worldwide.

This project’s methodology took full advantage of the computing resources provided by CARC. Loring’s techniques involved running both the Bott and Localizer indices against a well-established theoretical model to fine-tune the Localizer Index. While much faster than the Bott index, the Localizer Index does require a tuning parameter. Loring explains this difference by comparing the Localizer Index to a sports car – it’s fast and powerful, but it may require some tuning for greater control.

While the math may sound abstract, the applications of Loring’s work could have a substantial impact on our everyday lives; as Loring says, “Strange physics takes strange math.” The Localizer Index may be used to optimize batteries and energy sources as well as to find more efficient ways to control an electric current. As modern consumers demand more products, Loring’s work could provide a major boon to . The index may also assist with the development of quantum computers – a new type of computer with the potential to revolutionize the field of computer science. Loring’s work on the Localizer Index can undoubtedly be expected to play a part in the dawning of an exciting new technological era.