According to the National Alliance on Mental Illness, depression is the leading cause of disability worldwide, affecting 7.2% of America’s adult population each year. As a highly complex construct, however, health professionals still struggle to understand the precise physiological processes associated with depression. Associate Professor James Cavanagh of the University of New Mexico Department of Psychology is working on a project that would help psychologists study depression, and its treatment, with greater accuracy. 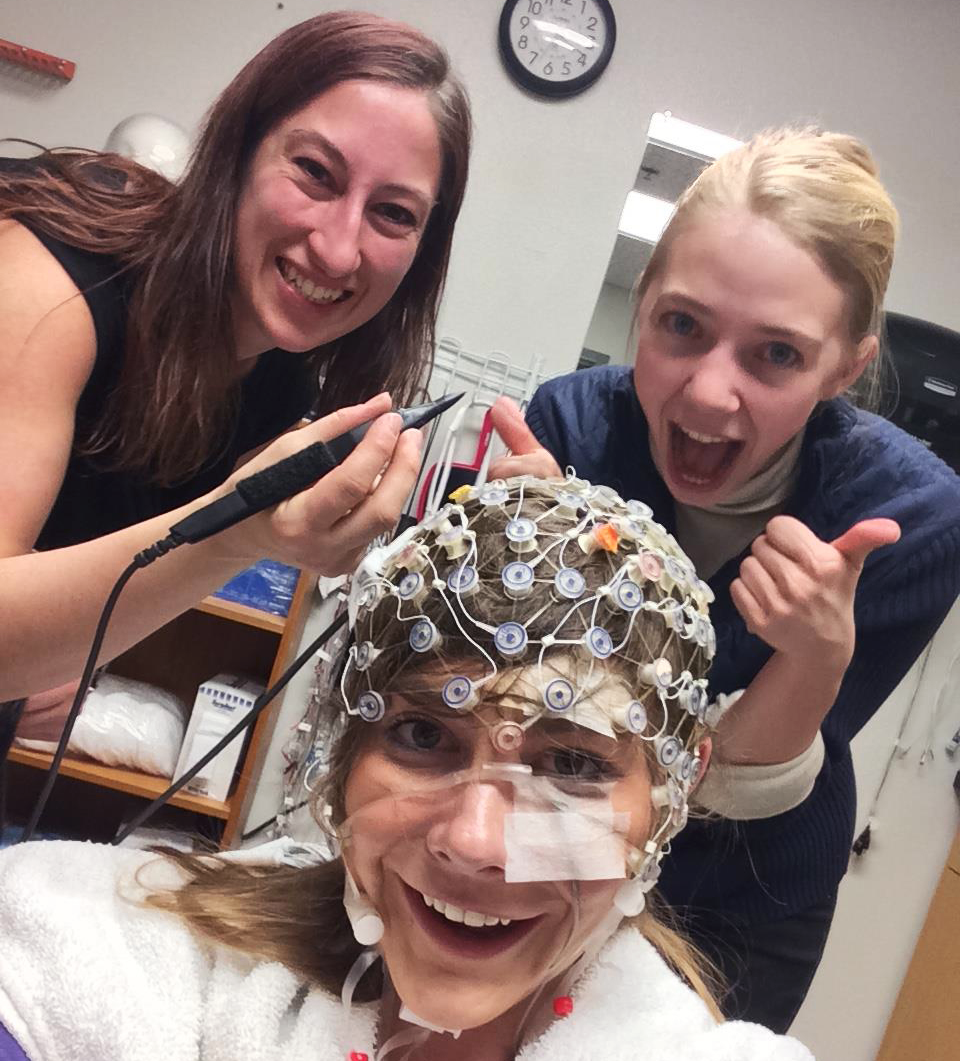 Cavanagh’s research, funded by a grant from the National Institute of Mental Health, seeks to identify a consistent quantifiable indicator of anhedonia, or the inability to feel pleasure. While the two are not always linked, anhedonia is a symptom very commonly seen in depressed patients. The condition is thought to result from a decrease in the neurological reward process that makes us feel good when we, for example, accomplish a task, receive positive feedback, or learn something new.

Cavanagh believes that he has found an observable neurological phenomenon, known as Reward Positivity (RewP), which indicates the occurrence of this reward process. A reduced or absent RewP response to normally rewarding stimuli, he hypothesizes, indicates anhedonia. The response can be seen using an electroencephalogram (EEG), a tool that measures brain waves, or a magnetoencephalogram (MEG), a machine that maps brain activity using magnetic fields; Cavanagh’s study will use both methods. The primary goal of the project is to confirm that RewP can be used by psychologists as a reliable measure of anhedonia. As Cavanagh says, “We’re aiming for a gold standard definition.”

Throughout this research, Cavanagh and his team will use UNM Center for Advanced Research Computing resources to process the data they collect. Their study is expected to yield 8 gigabytes of raw data from each of 100 human participants in addition to the data gathered from rodent subjects. “We’re gathering such a volume of data that we really need the parallelization [offered by] CARC to keep up with it,” Cavanagh explains.

While identifying RewP as an indicator of anhedonia is the foremost aim of the study, Cavanagh’s experiments may provide other valuable insights as well. For example, this project will involve the observation of neurological responses from depressed mice before and after treatment with fluoxetine. Fluoxetine, more commonly known by the brand name Prozac, is one of the most commonly prescribed antidepressants in the US. Despite its prolific use, scientists are still not sure why fluoxetine works to treat depression. Cavanagh’s research seeks to demonstrate that fluoxetine increases RewP response, thus reducing anhedonia and alleviating depression.

Understanding the mechanism by which fluoxetine affects mood may someday allow for more precise depression treatment. Fluoxetine can be a very effective antidepressant for some patients but is ineffective for others. One possible explanation for this, Cavanagh proposes, is that the drug works better for depressed patients who experience anhedonia than those who don’t. With further research, psychiatrists may one day be able to predict which patients are likely to respond well to fluoxetine treatment.

In future research, Cavanagh hopes to work towards differentiating the subtle variations of anhedonia. Although anhedonia very often occurs as a part of depression, it is also associated with other disorders like schizophrenia, Parkinson’s disease, and traumatic brain injury. Further studies may uncover differences in the biological occurrences that characterize these types of anhedonia. Cavanagh’s project is just beginning, but the results are sure to be an important step towards improved patient care and a deeper understanding of neuropsychology.

This study is still actively recruiting participants. If you are interested in contributing to cutting-edge psychological research, please visit The Mind Research Network website for more information.