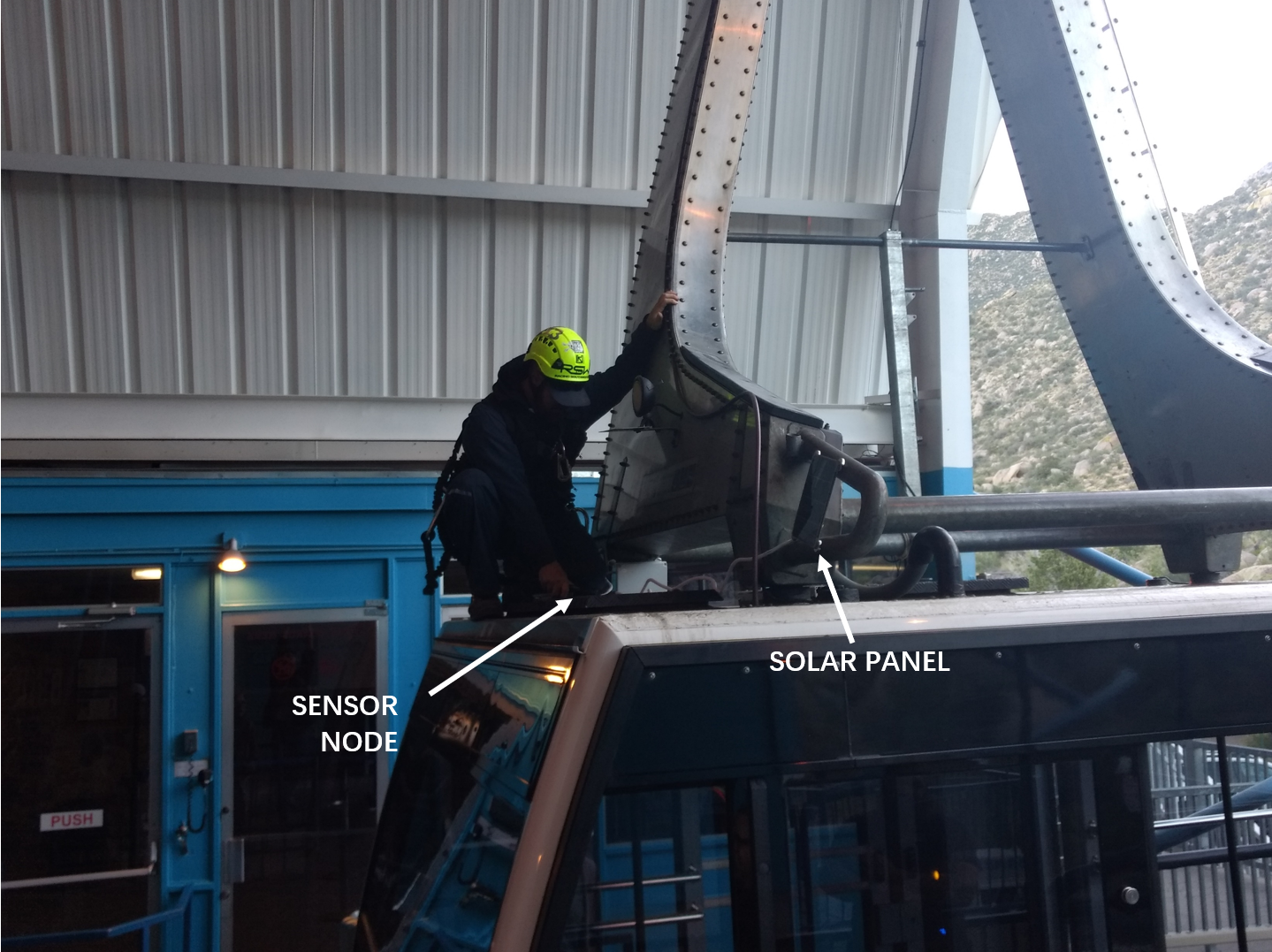 Researchers from the Smart Management of Infrastructure Laboratory (SMILab), based at the UNM Center for Advanced Research Computing, have installed two wireless smart sensors on the Sandia Peak Tramway. One sensor was attached to the tramcar, and the other was secured to the tower.  The sensors, designed and developed by SMILab researchers, will collect accelerations, angles, and displacements of both the towers and the cars under different performance conditions.

The SMILab research team is composed of a mix of engineers majoring in civil engineering, electrical engineering, mechanical engineering, and computer science under the supervision of Dr. Fernando Moreu, an assistant professor in the Department of Civil, Construction and Environmental Engineering at UNM. Tramway researchers include Rafael Cardona, Xinxing Yuan, Nicolas Yepes, Diaz, Marlon Aguero, and Dr. Ali Ozdagli. 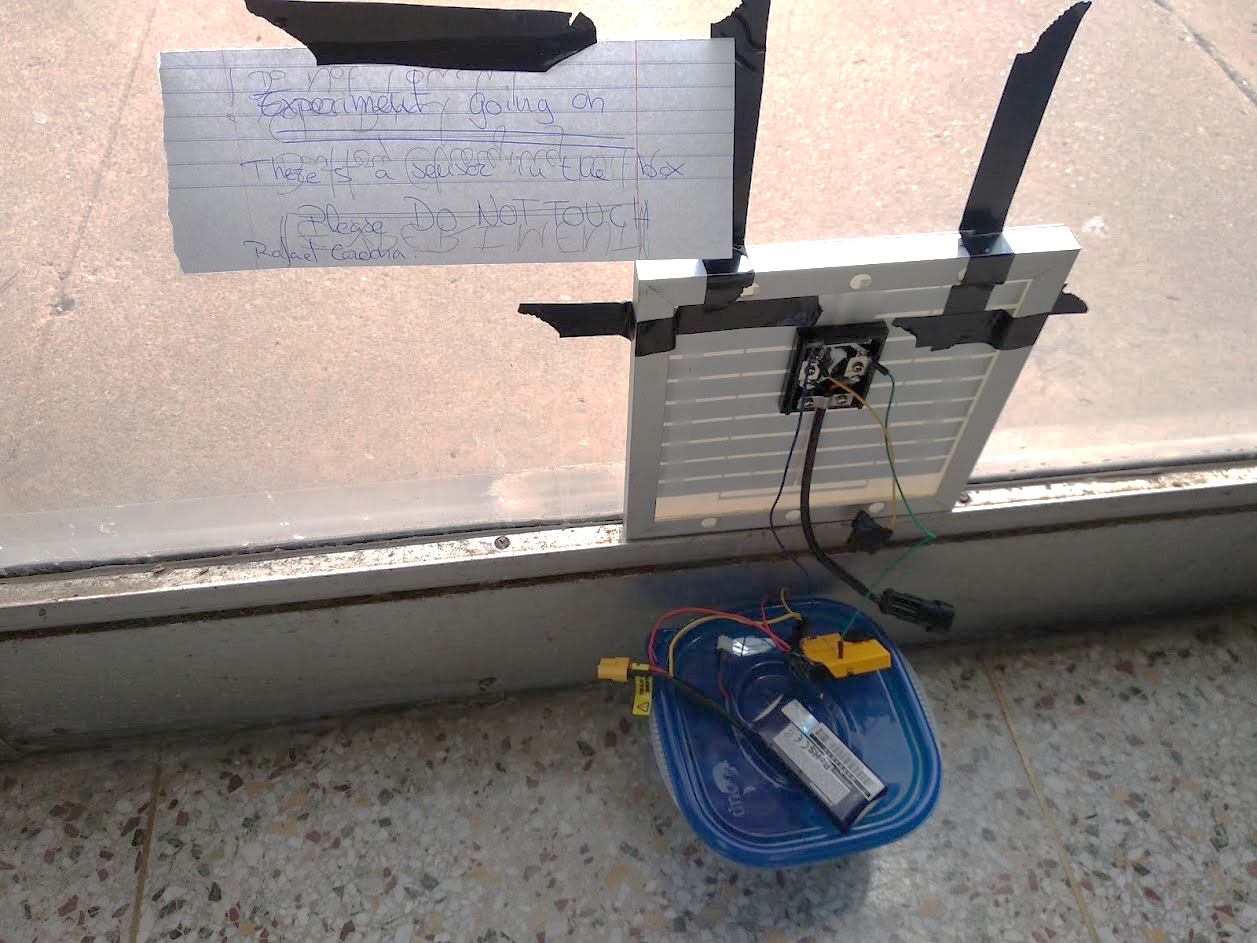 The team tested various prototypes of the tramway sensors in CARC facilities. One key feature of the sensors is the smart energy harvesting system. Each new sensor solar panels to charge its battery, enabling the recording of vibration data in the node. notes this eliminates the need for an external power source “which is, in general, not available in real civil engineering structures.” Each solar-powered sensor has the capacity to record data for several weeks.

The team tested the power levels of the sensor for several days in the CARC lobby windows. The students completed all aspects of the sensor build, from connecting wires and programming micro-controllers to installing the sensors in the field. The sensors are also and can resist heavy wind and winter weather conditions due to the various strong magnets used to connect the sensor elements to the structure. “CARC is the perfect place for making and testing sensors before we deploy them in the field,” says .

This research has been partially supported by the New Mexico Consortium; the Transportation Consortium of South-Central States (Tran-SET), a Region 6’s University Transportation Center; the Department of Civil, Construction and Environmental Engineering at UNM; and the Department of Civil Engineering at University of Castilla La Mancha (Spain). The strong support from Tramway Sandia Peak Team and their staff made this collaboration possible for UNM and CNM students.